Every academic year graduate students in the Computer Science and Electrical Engineering (CSEE) department at UMBC, who are also members of ACM, are elected to the posts of Chair, Vice–Chair, Secretary and Treasurer. These officers plan, organize and manage the student chapter events. Since the beginning of academic year 2018–2019, the student officers are assisted by students who volunteer to be part of various committees focused on specific events that repeat throughout the year. The student officers also work under the guidance of faculty advisers from the CSEE department.

Following students were elected to various posts in the  academic year 2019 — 2020. 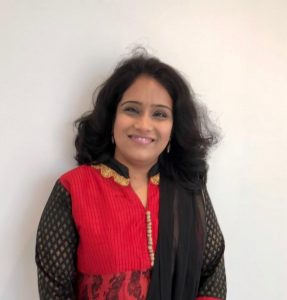 Sravani Varanasi is currently pursuing her Ph.D. in Computer Engineering at UMBC. She is working under Dr. Fow-Sen Choa. Her research interests focus on a better understanding of brain functionality using machine learning algorithms. Currently, she is working on a feedback neural network model which potentially explains how the human brain actually learns.
As the Chair of ACM, she aims to create a platform where graduates, undergraduate students, and the faculty can come together and explore their research interests and collaborate to work towards their ideas. She plans on organizing hi-tea events on a bi-weekly basis which will also include tech-talks, alum meets, coding challenges, etc.

Sai Sree Laya Chukkapalli is serving as a Vice-Chair for UMBC ACM Student Chapter. She has completed her Master’s in Computer Science at UMBC and currently doing research in Ebiquity lab focusing on anomaly detection approaches in the field of cyber security. Her research interests are inclined towards Machine Learning and Data Science. Being Vice-Chair for ACM Student Chapter, she would work along with the other members in ACM committee as a team to plan and organize events at a broader scale like the Mid-Semester celebrations, Research Symposium and bi-weekly events like Alumni Tech-talks to foster interaction between students, alumni and faculty. 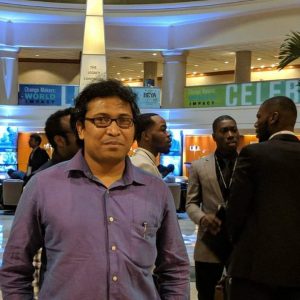 Samit Shivadekar is serving as a Secretary for UMBC ACM Student Chapter. Before joining the Ph.D. program at UMBC, Samit received his Master’s in Computer Science from California State University Fullerton.
Prior to UMBC, he worked with NicoInfo Sys Inc and for it’s client such as bank of america,wells fargo and fedex as senior software developer at USA.
He, along with other ACM committee members is eagerly looking
forward to conducting various ACM activities for this academic year
like Tech-talks, workshops, coding challenges etc. 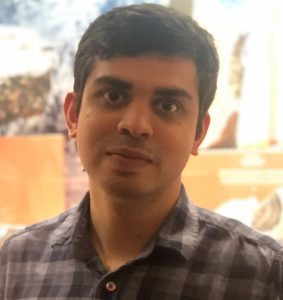 Ajinkya Borle is serving as the Treasurer of the UMBC ACM Student Chapter. Originally from Pune in India, he came to UMBC for a Masters in CS, but stayed on for a PhD. His research topic is on  using NISQ (Noisy Intermediate Scale Quantum) Computers for doing useful computation. As an ACM member, Ajinkya aims to utilize his experience in serving the UMBC community to also improve his interpersonal and event planning skills. 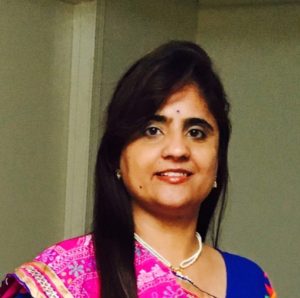 As a Ph.D. student at CMPE department of UMBC, Avani focuses her research on increasing platform security in small form-factored embedded industrial control systems(IOT). Before joining the Ph.D. program at UMBC, Avani received her Master’s in Electrical and Computer Engineering from California State University Northridge.
She is an experienced software and systems design engineer, a networking and software programming enthusiast, who intends to bring a culture of conducting student-led collaborating activities, coding challenges, and workshops which will benefit the students of UMBC.

The UMBC-ACM student chapter has been working under the insightful guidance of Prof. Tim Oates and Prof. Tim Finin, both Professors of Computer Science and Electrical Engineering at the University of Maryland, Baltimore County. 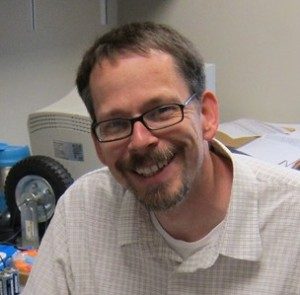 Dr. Tim Oates is an Oros Familty Professor of Computer Science at the University of Maryland Baltimore County. He received B.S. degrees in Computer Science and Electrical Engineering from North Carolina State University in 1989, and M.S. and Ph.D. degrees from the University of Massachusetts Amherst in 1997 and 2000, respectively. Prior to coming to UMBC in the Fall of 2001, he spent a year as a postdoc in the Artificial Intelligence Lab at the Massachusetts Institute of Technology. In 2004 Dr. Oates won a prestigious NSF CAREER award. He is an author or co-author of more than 100 peer reviewed papers and is a member of the Association for Computing Machinery and the Association for the Advancement of Artificial Intelligence. His research interests include pattern discovery in time series, grammatical inference, graph mining, statistical natural language processing, robotics, and language acquisition.

Dr. Tim Finin is a Professor of Computer Science and Electrical Engineering at the University of Maryland, Baltimore County (UMBC). He has over 30 years of experience in applications of Artificial Intelligence to problems in information systems and language understanding. His current research is focused on the Semantic Web, mobile computing, analyzing and extracting information from text and online social media, and on enhancing security and privacy in information systems. He is AAAI Fellow, received an IEEE Technical Achievement award in 2009 and was selected as the UMBC Presidential Research Professor in 2012.

Finin received an S.B. degree in Electrical Engineering from MIT and a Ph.D. degree in Computer Science from the University of Illinois at Urbana-Champaign. He has held full-time positions at UMBC, Unisys, the University of Pennsylvania, and the MIT AI Laboratory. He is the author of over 300 refereed publications and has received research grants and contracts from a variety of sources. He participated in the DARPA/NSF Knowledge Sharing Effort and helped lead the development of the KQML agent communication language and was a member of the W3C Web Ontology Working Group that standardized the OWL Semantic Web language.

Finin has chaired of the UMBC Computer Science Department, served on the board of directors of the Computing Research Association, been a AAAI councilor, and chaired several major research conferences. He is currently an editor-in-chief of the Elsevier Journal of Web Semantics and a co-editor of the Viewpoints section of the Communications of the ACM.

Theme by Anders Noren — Up ↑